Berlin-based Australian folk troubadour Michael Brinkworth writes and sings in the tradition of the timeless greats. Imagine The Band, Neil Young, Paul Kelly, Bruce Springsteen, Bob Dylan and Tom Waits all taking a road trip through the Australiana heartland, with Wilco, Blake Mills, Elliott Smith and The Replacements on the stereo all along the way. A tireless international touring act, Brinkworth’s backpack is stuffed full of heartfelt, roadworn songs. Rhythmic country guitar, entrancing harmonica and a soulful voice combine to take the listener on a journey and expose the rawness at the heart of his songwriting – vulnerable, sincere, and as honest as an old pair of traveler’s boots.

Greywood Records released Brinkworth’s debut album, “Somewhere to Run From” in 2017, to high critical acclaim from several publications such as Roadtracks and Lie in the Sound, following several self-released CD-R compilations and collaborations with other Berlin-based artists, such as Temple Haze. His second album, “Wasted Wonder”, recorded with his full band at The Famous Gold Watch Studios in Berlin, will be released on the studio’s eponymous label on December 4th, 2020.

UK music blog, A&R Factory, praised the first single, “for any fans of Kurt Vile” One More Time (Just for Fun), “is one of those tracks which immediately offers you rewarding catharsis as soon as you hit play” and received significant Australian independent radio airplay. Its music video was featured on Ditty TV in Memphis, Tennessee. Liguria had premiere airplay on Berlin’s biggest radio station, Radio Eins and its music video was shot on no budget spontaneously on its release day.

Along with Liguria, the following singles, Force of Nature, Falling in Love With a Broken Heart and Good Old Feeling all featured on several popular Spotify playlists, including Songpickr’s Indie Discovery and Americana playlists, For The Love Of Bands’ Lazy Indie Sunday playlist and all featured on KCRW Berlin and other NPR-affiliated radio stations across the USA. An intimate campfire live session of Falling In Love With A Broken Heart was released in April and the music video for Good Old Feeling was made up of a compilation of fan-made footage from around the world during the Covid-19 lockdown earlier this year. King of Indecision is the sixth of eight singles to be released from his upcoming 15-track double-LP.  The song and music video have been featured in several popular music blogs.

“Brinkworth’s vocals are as captivating as they are emotive. There is a raw honesty to his performance that tears at your heart” (and) “takes you on an emotional trip through tenderness, despair and vulnerability in ‘King of Indecision’. The song is melancholic from start to finish but leaves you feeling good at the end. The accompanying music video is equally beautiful in its emotive simplicity.” – The Other Side Reviews

“There’s grace and gentle beauty in the professional ballet performances from Bianca Fucsko and Giovanni Messeri in this new video from Michael Brinkworth, which makes it the perfect accompaniment for a richly layered and ambitious song.  ‘King of Indecision’ brings to mind Yankee Hotel Foxtrot-era Wilco in the way the song unravels and collapses into a collage of distorted sound, echoing the despair of the lyrics.” – Americana UK

“Michael performs and prolifically writes what is nothing else but a simply beautiful, endless stream of original music that is charming, heartbreaking and timeless.”  – David Stewart Ingleton 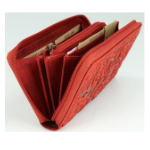